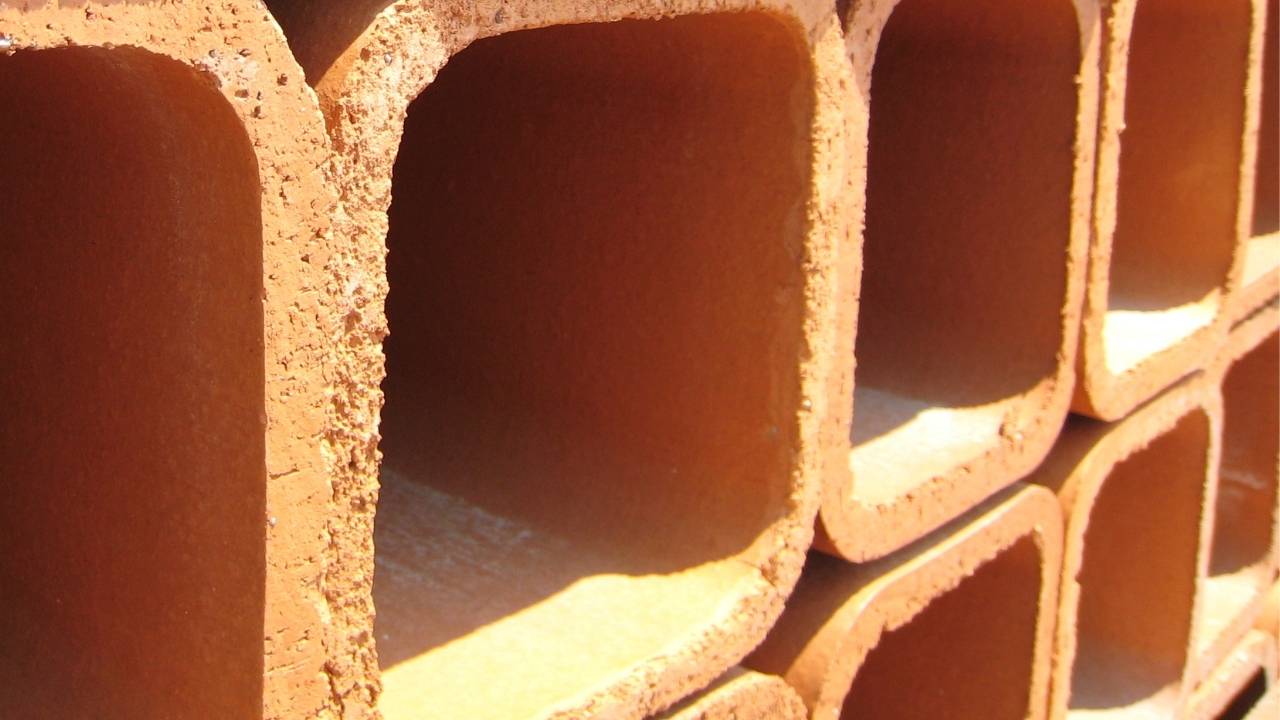 What is a Chimney Flue? And Why Should You Care?

Although disastrous, these fires are often preventable and occur due to negligence or ignorance of the various chimney parts.

One of the causes of a chimney fire is a damaged chimney flue.

If you’re not sure what a chimney flue is or how it works, the following guide will help you clear all your doubts and become more knowledgeable about chimney flues.

We’ll also discuss best practices for chimney flue maintenance and various danger signs so that you can prevent dangerous situations and costly damages from happening.

What is a Chimney Flue? And How Does Chimney Ventilation Work?

A chimney flue is a duct that runs along the chimney, from the firebox (where the fire is ignited) to the top end of the chimney. Made from metal, clay, or ceramic, a flue is installed inside a chimney to carry the exhaust outside and keep the chimney walls safe from heat and corrosion.

Your chimney flue exploits a phenomenon called ‘stack effect’ (also referred to as ‘chimney effect’) that occurs when the air outside is significantly colder than the air inside. Since smoke and ash are lighter than the denser, colder air outside, they push up the chimney flue and dispersed outside.

While quite effective at removing unwanted exhaust gasses and ash, this phenomenon also lowers the efficiency of your fireplace. Since warmer (lighter) air from the inside also rises up and outside the chimney, the temperature inside the room is lowered and heat is lost.

However, this heat loss can also be minimized by using a chimney damper.

Now that you’ve got the basic understanding of a flue, it’s time to talk about its different types. A chimney flue basically comes in three varieties:

Best suited for open fireplaces, a clay chimney flue is cost-effective and quite common. However, it easily cracks in case of a chimney fire because of the poor heat distribution of clay. Creosote buildup is another major issue with clay chimneys so regular cleaning and maintenance are essential to keep a clay chimney up and running.

Lastly, if you’ve got a gas fireplace, you shouldn’t go with a clay chimney.

Concrete chimney flues are known to be expensive but give significant support to your chimney’s structure because they are cast in place. Also, concrete chimneys are poured on-site and have a difficult installation.

The end result, however, is an insulated, smooth flue that works best for all sorts of combustion be its open fire, gas, or even liquid.

Metal chimney flues are cheaper than concrete flues and are made from either aluminum or stainless steel. While aluminum is best suited for gas fires, stainless steel is more versatile and can handle greater temperatures.

Adding high-temperature insulation to metal chimney flues is essential to protect your home from excess heat and combustion.

Is a Chimney Flue Necessary?

Apart from being an effective passage for exhaust gasses and ash, a chimney liner (or flue) is an important chimney component for various other reasons, as detailed below:

While a flueless chimney can provide a passage for exhaust gasses and ash, it’s not effective. That’s because conventional chimneys are made from brick and mortar. These chimney bricks have holes and cavities between them that can trap exhaust materials and smoke.

A chimney flue, on the other hand, is smooth and free of any gaps or cavities. Therefore, it allows for an effective exhaust of ash and smoke improving the overall efficiency.

Combustion by-products can seep through cracks and gaps between chimney bricks which overtime cause the chimney to disintegrate. Creosote and soot can also accumulate between these gaps. Creosote accumulation is dangerous because it restricts airflow within the chimney and can cause chimney fires.

It’s harder for creosote and other combustion byproducts from accumulating in a chimney flue. So, by getting a chimney flue installed, you save yourself from all these dangers and additional chimney maintenance and cleaning costs.

A chimney flue protects your chimney bricks and mortar against excess heat from combustion. Direct contact with heat can form cracks in your chimney and cause the mortar to deteriorate. This can dramatically impact the structural integrity of your chimney. By getting a chimney flue installed, you can drastically increase your chimney’s life.

A flue also acts as a heat insulator and protects flammable objects near the chimney from catching fire.

Why Do Some Chimneys Have Two Flues?

According to NFPA 211-2019, you can have multiple appliances connected to a single chimney, but you’ll require separate flues for each appliance.

NFPA mandated this requirement because with a shared flue there’s a danger of exhaust gasses from one appliance being conducted to another appliance and causing a fire.

When multiple flues are installed in a single chimney, there are chances that an opening might develop between them. In such cases, there’s a danger of draft interference. Such an opening can also cause dangerous exhaust gasses to go from one flue into another or into your house.

To prevent such situations, NFPA 211-2019 recommends a wythe to be installed between the flues. Made of reinforced Portland or refractory cement concrete, the wythe should be at least 4 in. and at best 8 in. in thickness and bounded or tied securely to the chimney.

How Long Does a Chimney Flue Last?

A chimney flue’s life depends on various factors, but mostly it depends upon the kind of flue you’ve got and the surrounding environment.

Consider the clay liner, for example:

Concrete chimney flues can also last up to 50 years while stainless steel liners have an average lifespan of around 25 years (if it’s good quality stainless steel).

Since these are rough estimations, you cannot say for certain how long your chimney flue will work effectively. However, you can prolong your chimney’s lifespan through regular cleaning and maintenance.

Let’s talk about it in more detail.

Why Should You Clean Your Chimney Flue?

Overtime, chimney flues can gather dust, soot, and other combustion by-products. These can clog the chimney flue not allowing exhaust gasses to properly vent out. These trapped exhaust gasses find their way inside your house and can be quite dangerous.

One of these harmful gasses is the colorless, odorless carbon monoxide (CO) gas. Too much exposure to CO is known to be lethal.

If not cleaned properly, creosote can also accumulate inside a chimney flue and possibly lead to chimney fires.

How Often Should You Clean Your Chimney Flue?

How Do You Know if Your Chimney Needs Inspection and Cleaning?

If you notice any of the following signs, know that it’s time to order a chimney flue cleaning:

To ensure that your chimney flue is working efficiently and doesn’t require frequent cleaning or repair, make sure you follow the following tips:

Through these inspections, you can also save thousands of dollars of repair costs by preventing possible damage or chimney flue deterioration.

It’s important to ensure that your chimney is clean if you want your chimney to perform effectively. According to the Chimney Safety Institute of America (CSIA), if the creosote deposits are thicker than 1/8”, it’s time for a chimney flue cleaning session.

Moisture is harmful to your chimney and its proper functioning. Therefore, chimneys require caps, chase covers, and chimney flashing for waterproofing. These help keep water from rain, snow, and surrounding moisture from entering your chimney and deteriorating its bricks and mortar.

Chimney flues not only allow exhaust gasses to exit but also act as heat insulators, protect the structural integrity of your chimney, and increase your chimney’s lifespan. However, soot and other hazardous combustion materials can gather inside a chimney flue.

But cleaning your chimney is a challenging task. It’s best left to professionals to ensure that your chimney flue is cleaned properly and no issues or damages are left unaddressed.