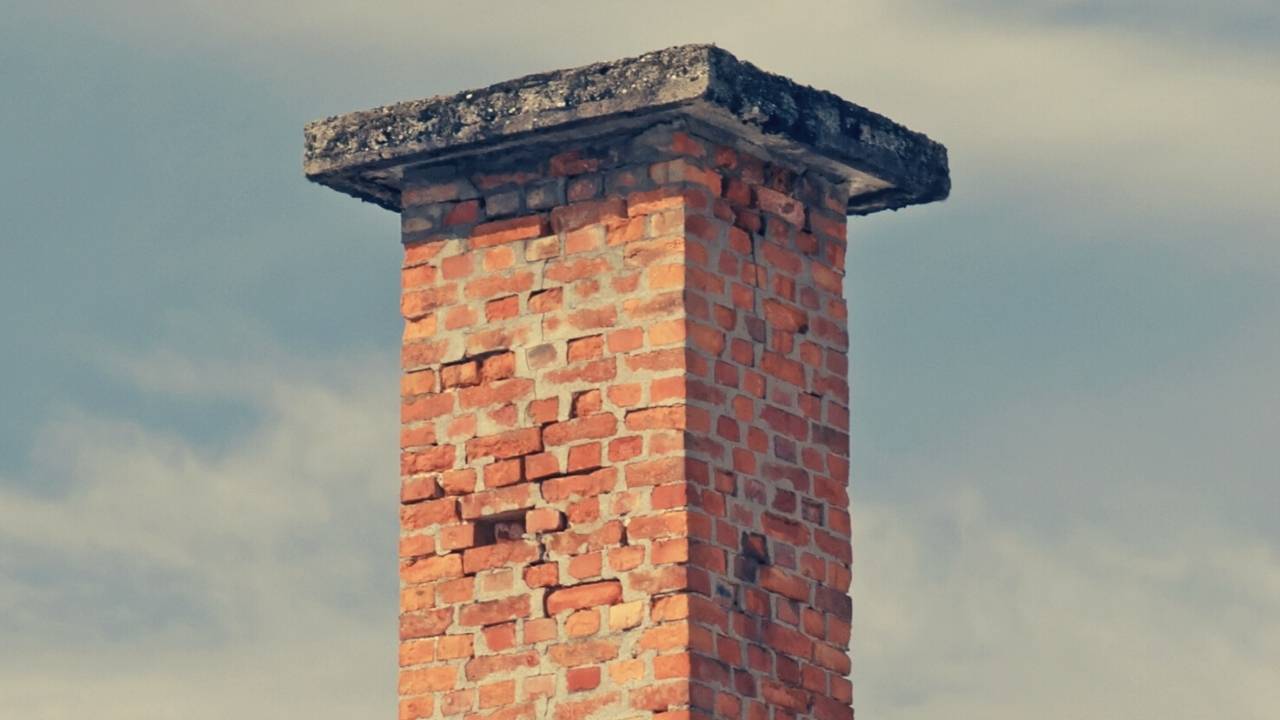 Chimney Crown 101 – Everything You Need to Know

A chimney crown is the first thing that protects your chimney from outside abuse from rainwater to snow, and everything in between.

Due to its location and purpose, a chimney crown plays an important role in keeping your chimney safe.

Knowing about the chimney crown and its maintenance is necessary if you want to keep your chimney safe from moisture and deterioration. However, most people are unaware of its importance and don’t maintain it. Due to this most chimney crowns get damaged and form cracks from which moisture can enter your chimney can cause great harm.

But before we discuss all that, let’s see what a chimney crown is and what its purpose is.

What Is a Chimney Crown?

A chimney crown is a huge slab of concrete, stone, or metal, that covers the top layer of brick of a chimney. Its primary purpose is to seal the chimney and keep the brick and mortar structure protected from moisture.

With a thickness of at least two inches, the chimney crown usually slopes to the side to direct rainwater and snow away from the chimney.

If properly constructed, a chimney crown can last quite a long time. However, if the crown has poor construction, its lifespan will be significantly reduced and it’ll start to deteriorate, which can cause serious (and costly) damage to your chimney.

Note: Prefabricated chimneys don’t require a chimney crown. Instead, they have a metal chase cover that fulfills a similar function.

Importance of a Chimney Crown

Furthermore, when water enters the chimney, other parts of the chimney get exposed which can rust, corrode, and ultimately malfunction, affecting the efficient working of the chimney.

When the water reaches the firebox, it makes it harder to start a fire and also leads to condensation which further exposes the brick and mortar structure to moisture.

Cast-in-place chimney crowns are used for larger chimneys. Made from concrete, these crowns are constructed at the site using steel or wood forms.

How to Construct a Cast-In-Place Chimney Crown?

The first step is to assemble the steel or wood form members according to the required size. It’s important to note that steel forms are better than wood forms as they are much faster (requiring only half the time as compared to wood forms.)

After that, cover the chimney flue with cardboard, metal sleeves or any other compressible material. It is done to create a space (and allow expansion of the concrete and masonry) between the crown and the chimney flue.

Before pouring the concrete, cover the top of the chimney chase. Use flat plates of metal or wood that will support the poured concrete. It will also act as a bond break.

Now, it’s time to pour the concrete and compact it with repeated blows from a hammer. Use a trowel to make the concrete pour smooth.

Before removing the form, allow the concrete at least two days to cure. Seal it using silicone or butyl caulk to protect it from evaporation.

Pro Tip: Buy a form that already has a drip edge formation. If not, after removing the form, use a masonry saw to create the slope or drip edge.

A precast chimney crown, also made of concrete, is used for smaller chimneys (dimensions of 16×16 or less.) Since larger chimneys would require a larger (and heavier) crown, a precast crown is impractical for larger chimneys.

How to Install a Precast Chimney Crown?

Use the appropriate equipment to carry the precast to the required height. While installing, make sure the crown doesn’t touch the chimney chase or masonry. Use mortar as a base for the precast.

Fill the gap between the chimney flue and crown using compressible materials to allow for insulation and expansion, as is done for the cast-in-place chimney crown.

Once done, cover it with butyl caulk or silicone.

Also called an overhang crown, a floating crown uses an overhang or block about two inches above the chimney.

Due to the added protection and advantage, floating crowns are more expensive. They also require more time and effort to install, which increases the installation charges as well.

However, these chimney crowns last longer than others and, therefore, the extra cost is justified.

How to Tell if Your Chimney Crown Is Properly Built?

Your chimney crown should be made of concrete. If your crown is made from mortar, it would deteriorate quite rapidly as it’ll absorb moisture and form cracks, eventually disintegrating.

Make sure your chimney crown has a slope. The slope is required to direct water away from the chimney.

Your chimney crown should also have an overhanging drip edge. The drip edge should extend at least two inches over your chimney from all sides.

There should also be silicone or any other sealant, for extra strength.

If not properly maintained, a chimney crown can start to show various signs of deterioration and damage. It’s important to know about these signs so that you can look out for them and act accordingly to ensure the safety of your crown and your chimney.

Let’s discuss them below:

Reasons Your chimney crown is damaged

If you’re noticing signs of a damaged or cracked chimney crown, that’s probably because of the following reasons:

Sealant Is No Longer Effective

Your chimney crown sealant becomes less effective overtime. Moisture can seep inside and crack the concrete structure. These cracks then allow for moisture to seep inside the chimney and create serious problems.

If your chimney crown is made from materials other than concrete or the slope isn’t created, it can crack and break down sooner.

Ground shits can cause your house to shift and settle. This process can damage or crack your chimney crown.

If not covered, the moisture content in the concrete evaporates overtime, resulting in shrinking. After a certain extent, this shrinkage can create cracks inside the concrete structure.

What to Do if Your Chimney Crown Is Damaged?

If you’re noticing signs of a damaged chimney crown, you need to repair it as soon as possible to avoid serious damage to your chimney.

The repair, however, depends upon the type and extent of the damage and the type of chimney crown installed, among other things.

For example, if you’ve got a chimney crown made from cement that has a few tiny cracks, then covering the cracks with a waterproof sealant will be more than enough. However, if the cracks are larger, you’ll have to apply a high bond patching material. It’s best left to the professionals as they employ a special sealant that not only covers the cracks and keeps moisture from entering but also lets the structure breathe so that further deterioration can be avoided.

However, if the damage is severe, the best option is to install a new chimney crown or completely rebuild the old one.

Here’s a great video on how to repair a damaged chimney crown.

To help ensure that your chimney crown is in a good condition and prolongs its life, install a chimney cap over it. A chimney cap is installed over the crown and extends over its edges. The cap protects it from rainwater.

Apart from keeping the chimney crown safe, a chimney cap has other advantages.

It contains a spark arrestor, that keeps hot embers from the chimney from damaging the chimney. A chimney cap also comes with a wire mesh that allows smoke and other exhaust gasses to escape while keeping small birds, animals, and debris from entering the chimney flue.

Also, make sure you regularly clean your chimney crown using a nylon brush. And while you’re at it, see for any signs of cracks. If there are any, fill them with patching cement or silicone.

Chimney crowns are the first protectors of your chimney against moisture, owing to their position.

However, most people neglect the chimney crown, which results in its damage and allows for water to enter the chimney. This puts their chimney at risk of serious water damage.

Therefore, it’s important to ensure that your chimney crown is properly built and in a good condition. If there are tiny cracks on the surface, cover them up with a sealant. However, if the damage is greater, it’s best to rebuild the chimney crown.

Since the chimney crown is at the top, it’s not always possible to inspect it. Therefore, having annual chimney inspections goes a long way in keeping your chimney and all of its parts in proper condition, safe, and effective.